DETROIT – Mayor Mike Duggan joined community leaders and Penske Corporation today to celebrate the start of construction on a new community center at AB Ford Park in Jefferson Chalmers along Detroit’s East Shore. This new state-of-the-art solar-powered facility will replace the Lenox Center, which sat vacant for nearly a decade.

The Lenox Center was unusable and located in the FEMA floodplain. The new building will be an 8,116 square foot state-of-the-art facility built outside the floodplain and will serve as a new community space as well as a sustainable center of resilience in the event of an emergency. The new center will include a community hub space, a flexible space for indoor youth sports and community events, classrooms and a quiet learning space.

“For nearly a decade, the residents of Jefferson Chalmers have wanted a new community center. Now, thanks to Roger Penske and his commitment to this neighborhood through the Neighborhood Strategic Fund, they will soon have one that will be theirs. accessible even through power outages,” said Mayor Mike Duggan. “The revitalization of the neighborhood, led by residents and supported by the city and our business partners, has been key to the success we have through SNF. We believe this new center will be a model for those who love.”

The construction work has already started with the clearing and will continue next week with the work on the foundations of the new building. The new center is expected to open in 2023.

The $6.68 million building is being funded with $2.73 million from Penske Corp’s $5 million Strategic Neighborhood Fund (SNF) donation. and $3.95 million in funding from the City of Detroit.

The SNF was launched in 2017 by Mayor Duggan in partnership with Invest Detroit with the goal of leveraging investments in four key areas: improving parks, streetscapes, commercial corridors and single-family housing. Along the way, the plans are guided by feedback from residents to give them a say in the future of their neighborhoods. The fund was piloted with a $42 million investment in three initial neighborhoods: Livernois/McNichols, Southwest/West Vernor and Islandview/Greater Villages. A year later, the SNF initiative was expanded to seven additional areas and funded by an investment of $5 million each from seven companies: American Axle, Blue Cross Blue Shield of Michigan, Chemical Bank, Fifth Third, Flagstar Bank, Huntington and Penske. Chemical and Huntington have since merged.

To date, more than $112 million has been invested in the 10 SNF neighborhoods, including $4.6 million in four completed parks and open spaces, $12.2 million in 117 completed single-family rehabilitations, $51.6 million dollars in the six streetscapes completed to date and $39.4 million. total development costs, which led to the construction of 31,600 square feet of retail and the creation of 108 housing units, including affordable housing. With the warm weather returning, a number of other SNF projects are set to kick off in addition to the AB Ford makeover, including streetscapes on East and West Warren, park improvements in Clark Parks , Heilmann and Balduck, and a number of rehabilitations and new construction projects. along trade corridors.

“Penske Corporation is proud to continue supporting the Jefferson-Chalmers community. It’s exciting to be part of the grand opening of a gathering place that has generated so much comment and support in the community, said Bud Denker, President of Penske Corporation. “It’s a wonderful way to contribute to the Jefferson-Chalmers neighborhood and help provide something that is such a welcome addition to the area.”

The City of Detroit’s Parks and Recreation Division led the community engagement of Jefferson Chalmers, who participated in the planning process for the Strategic Neighborhood Fund vision for the neighborhood.

“We are very pleased to see our community rejuvenated by these new developments,” said Juvette Hawkins-Williams, Friends of Jefferson-Chalmers Riverfront Parks. “AB Ford Park is a gem, and we’ve been waiting a long time for it to come back to life like this.”

Additionally, the community center project has leveraged a total of $600,000 in grants from the General Motors Climate Equity Fund and the Urban Sustainability Directors Network. These funds will be used to equip the building with solar installations, including a battery and generator to ensure access in case of emergencies, such as floods, power outages or weather-related emergencies. During these crises, the Community Center will be a place where residents can go to charge their devices; access the Internet; cooling down, warming up or drying off; and obtain equipment and supplies to deal with the emergency.

“We are delighted to begin the work required to redevelop the long-awaited community center at AB Ford Park,” said Brad Dick, Group Director, Services and Infrastructure. “In the years to come, the Parks and Recreation Department will work to ensure that all of the city’s recreation centers can serve as centers of resilience, continuing to provide essential city services during normal times. , but also during and after emergency events.

Redesign of the AB Ford fleet

The naturalized site will include a pollinator meadow, an arboretum for educational enrichment opportunities and additional tree plantings. Other renovations slated to take place at the park include basketball courts sponsored by the Detroit Pistons and an Environmental Protection Agency habitat restoration project to provide wetland habitat for wildlife. .

For more information on AB Ford Park’s upgrades, go to; 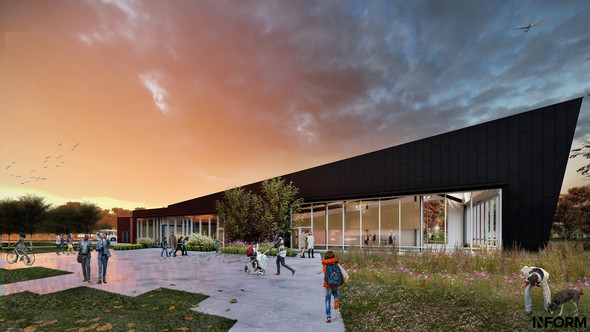 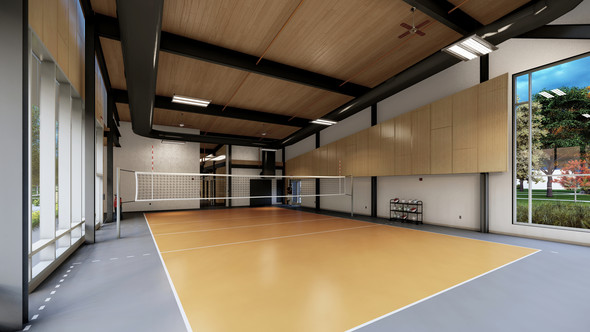 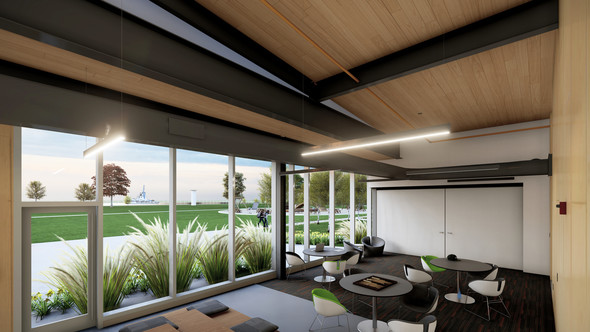